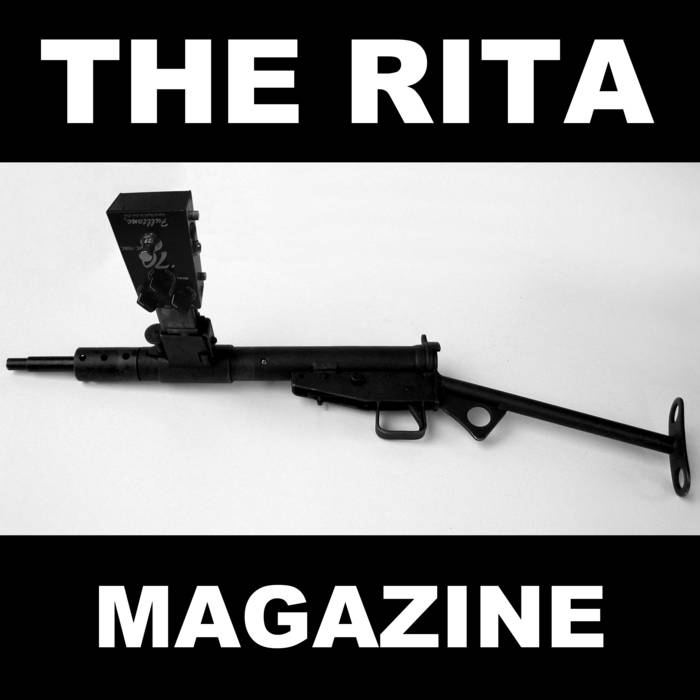 New Forces is happy to announce the reissue of "Magazine," the landmark noise album by The Rita, as a gatefold double LP. Originally released as a limited-edition double cassette on Swedish label Abisko in 2005, "Magazine" has since become a near-legendary album, considered by many to be the finest recording from pioneering harsh noise artist The Rita (and equally celebrated for its iconic artwork, featuring a Big Muff effects pedal acting as the magazine for a machine gun). "Magazine" contains 80 minutes of militant noise music, with Sam McKinlay pushing the limits of extreme sound until they begin to implode. Drawing influence from abstract painters such as Ad Reinhardt and Kazimir Malevich, the four tracks on "Magazine" are progressively deconstructed, slowly taking the dynamic sonic elements away until the last track is a linear / minimalist “wall” of texture and crunch. Ultimately the hope is that under a microscope the same slowly deteriorating audio dynamism and viciousness from the first three tracks is still present, just found within the walls of linear crunch during the last track, “Obsession.” A study in brutality, density, and focus, "Magazine" tests the listener, challenging them to fully engage with the shifting layers of sound that, through careful study, continually expand beyond their seemingly minimalist form. This militant approach to sound became a call to action for a generation of noise artists who were influenced by The Rita, and "Magazine" has finally been reissued for all to hear.